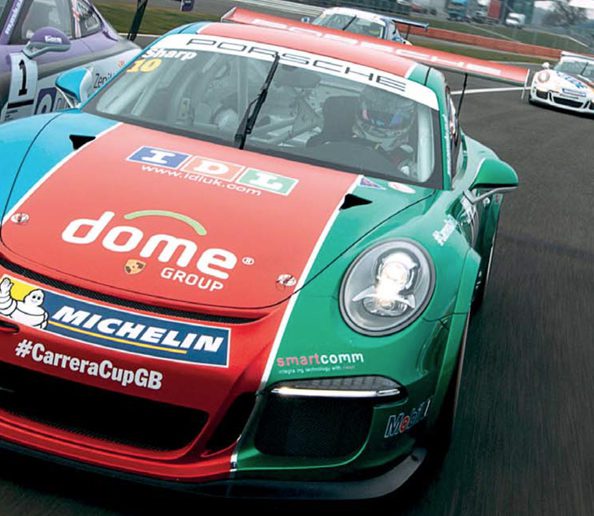 Dome Group, and its mobile snagging and defect management software iSnag, are announced as sponsors of a new racing team in the Porsche Carrera Cup GB.

For the 2015 season, Dome will be sponsoring Tom Sharp and IDL Racing as they vie to become champions in the one make racing championship.

The Carrera Cup is the fastest, most successful single marque GT racing championship in the IL, and the racing edition of the 911 coupe has taken placed since 2003 in support of the British Touring Car Championship.

This will be Tom’s first season in the Porsche after spending the past few years successfully competing in the Ginetta GT Supercup, where Dome first became one of the team’s sponsors, and they have made a promising start in the first two races of the competition which got underway at Brands Hatch earlier this month.

The cup will now take in some of the UK’s leading tracks including Oulton Park, Knockhill and Silverstone before the champion is decided in the final race back at Brands Hatch in October.

Find out more on the Carrera Cup.